I wrote this piece for the March/April 2012 SCBWI Bulletin. They are kindly letting me post it here as well.

Among the very first books that I ever touched, were the five Little Bear books by Else Holmelund Minarik and illustrated by Maurice Sendak.  The bittersweet episode in which Little Bear thinks his mother has forgotten about his birthday was especially fascinating to me as a young child.  The story is touching and beautifully told, but what really got into my guts, and stayed there forever, are those perfect ink drawings.  The disappointment you could see on Little Bear's expressions; the different personalities of Hen, Duck, and Cat; the melancholy of the humble birthday soup: all this is illuminated by Sendak's pen in such a sensitive manner. The last time I took a good look at those drawings was years ago, but if I close my eyes I can still see them so clearly.


As an adolescent, I began imagining for myself a future as a visual storyteller of some kind.  Looking around for inspiration, I encountered Hieronymus Bosch, Alfred Kubin, Elzie Crisler Segar, George Herriman, Wilhelm Busch, and other artists in various fields. Since I didn't go through any kind of formal education to speak of, these people and their work were fundamental in my artistic progress, for better or worse.  But when I sat down at my table to learn how to use that wonderful drafting tool that is the dip pen, I knew what to keep near at hand: Maurice Sendak's drawings.
In Italy, where I was born and grew up, most of Sendak's books were not nearly as popular as they were in the United States and elsewhere in the world.  Only when I moved to New York in the mid nineties did I fully understand the range and importance of his work.  I began collecting his books, which kept me company on my path to the profession.
One day in February of 2011, opening the mailbox to clear it up from the usual utility bills and advertisements, I found a curious item: a letter.  It was addressed to me, and bore the letterhead The Sendak Fellowship.  I opened it, expecting to read a request for a donation to a children's literacy program or something of that nature.  Instead, the letter was an invitation to spend four weeks in Connecticut, in a house a few steps from Maurice Sendak's, in the fall.  I would be given a studio where to work on my projects, if I felt like it.  In fact, there was no obligation to produce anything specific, or anything at all.  In addition to this, and to me most importantly, I would have a chance to meet Maurice Sendak.  Maurice Sendak!  I said yes, but I was scared.
The notion that Sendak actually knew my books enough to invite me to his place was unsettling.  I have always been afraid that one day I'll hear a knock at the door and some stranger in a uniform, an Art Police officer, will notify me of my lack of qualifications and therefore my inadequacy to be in this business.  I will have to surrender my pen and nibs and my India ink, my watercolors and my paper.  Something like this might happen one day, and I was afraid the time had come.  Sendak himself was to notify me personally.
A few months before the fellowship began, I learned the names of the three other fellows who would be in Connecticut with me (four illustrators are invited each year): Denise Saldutti, Frann Preston-Gannon, and Ali Bahrampour. I was very familiar with Bahrampour's picture book, Otto. The Story of a Mirror, a wonderful, truly original book.  I thought: if he is also being invited, maybe I don’t have to be too afraid.  After making that first book, he seemed to have disappeared from the children's book world, so they couldn't possibly want him out, as he already was out.  I began to think that the Sendak Fellowship must have been some kind of rehabilitation center for picture storytellers.  And for me, it was.

Everything in my stay was delightful: the convivial atmosphere; the incredible kindness and efficiency of Dona McAdams and Lynn Caponera, who organize the program; my studio, with windows that looked into the woods, populated by birds, frogs, toads, turtles, chipmunks, deer, and very long and fat earthworms.  In that studio, I was able to draw and think freely, with no deadlines or pressure of any kind, just for the pleasure of it.

The main reason why I draw and tell stories is to be in that state of grace and intimate isolation you reach when you are completely immersed in your creation.  We all know it is often a delusive state, but still.  In that world that you are building, you want to be honest, you want to be true to yourself.  But when you make picture books for children, there are so many hurdles, taboos, things that you are not allowed to show or tell.  You get used to this notion; you come to accept it as a given; you censor yourself.  And you produce books that are not as good as they could be.  You forget why you are doing this.

Sendak reminded me that it doesn’t have to be that way.  He is a very warm, sweet and witty person, but also very honest.  He told me what he liked in my books and what he didn't like. His main concern was that some of my choices were too safe and tame.  “You need to be brave,” he said to me. I tried to blame the publishers, and he did acknowledge that today’s industry, at least in the United States, is not as favorable and nurturing as it was forty or fifty years ago.  But that, he told me, should not be an excuse.  He is completely right, and I already knew that. But talking with him, while walking in the woods with his dog Herman, made me remember why I draw and tell stories.

Posted by Sergio Ruzzier at 2:26 PM 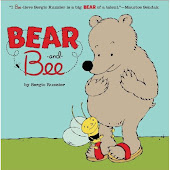 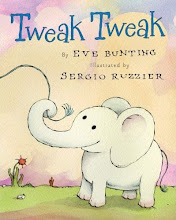 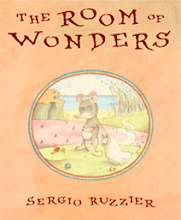 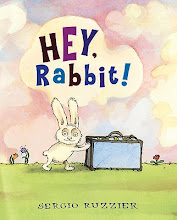 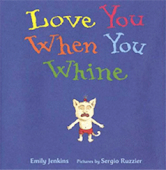 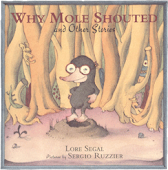 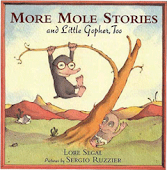 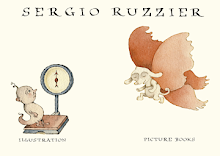 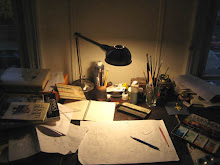 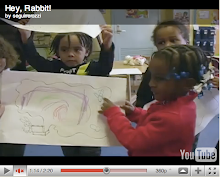 Sergio Ruzzier
I am an author and illustrator of picture books.

How to pronounce my name

Books from my library